Namaste is a global leader in women’s economic empowerment.

Namaste is proud to be featured in the September 2020 issue of Rotarian Magazine as a global leader in women’s economic empowerment. Click on “read more” to see the complete article.

END_OF_DOCUMENT_TOKEN_TO_BE_REPLACED

The leading business intelligence software system worldwide called QlikView celebrates 5 Years of Work. As a foundation that monitors and evaluates its clients and staff performance we are honored to be featured in the recent article from QlikView. We combine QlikView with our custom made platform Prosper to create a powerful analytics tool. We can generate dozens of reports about our clients and staff performance from QlikView in just seconds! We invite you to read their recent press release:

We feel proud to have created as excellent analytical tool that makes our work accountable.

Why are analytics so important to us? We believe when data is analyzed properly, the results can help us make better business decisions to help our clients earn more income. Through the data we can determine how we are doing, where are we coming from, and where are we going. For our internal planning and operations some of our most powerful information comes from our Business Advisor Portfolio. This portfolio contains information about our active clients, how many loan cycles they have had, who is their business advisor and if each of our clients are achieving two main goals: 1) implementation of their business advisor’s advice and 2) successful business record-keeping.  We can also see what percentage of our client’s income has increased or decreased!

We are grateful for QlikView’s strong support since 2012. Using Prosper and QlikView together allows us to analyze not only our client’s performance but also our internal team’s performance. We have a unique data product that enables us to help more women micro-entrepreneurs make significantly more money. QlikView is rated as the number one BI software provider in the world, besting the offerings of IBM, Microsoft, Oracle, SAP, and others. The ratings are by BARC, the “holy grail of business intelligence.” Our donated technology from QlikView has a selling price of $125,000 and we have it at no cost in perpetuity.

Our IT Manager always says “You can see what the client`s situation is just by one QlikView!, that`s what I love the most”

“Since 2011 we are partners with Kiva, and our clients receive loans from individual lenders via the Kiva website.

In order to grow and serve more clients annually, what we need is to raise more money directly for Fundación Namasté Guatemaya. With more money available Namaste can offer more women the business advising and education that is required with our loans. Another goal for 2015 is that in addition to Kiva loans, we can start our own sponsorship program directly.

Take a look at our recent article 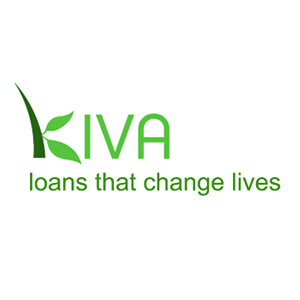 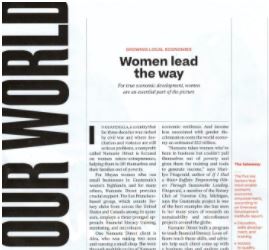 Namaste is a global leader in women’s economic empowerment.

Namaste is proud to be featured in the September 2020 issue of Rotarian Magazine as a global leader in women’s economic empowerment. Click on “read more” to see the complete article.

END_OF_DOCUMENT_TOKEN_TO_BE_REPLACED

WANT TO LEARN MORE ABOUT NAMASTE?